Honorable Speaker of the House

Miss White was sworn in as the youngest female Speaker of the Montserrat Legislative Assembly on December 22, 2020.

She holds a BA in Elementary Education and a MSc. in Nutrition and Wellness. She is an educator with over 20 years of experience and has taught across three continents namely Asia, Europe, North America and the Caribbean. Honourable Speaker White is an expert in curriculum planning and teaching.

Keen on service to others, Miss White was an active member of the Montserrat Union of Teachers from 2016 until leaving the profession in 2020. During her tenure with the Union, she served first as General Secretary from 2016 – 2019 then as President from 2019 – 2020. While serving the Union, Miss White was involved in several successful initiatives to include the hosting of the Junior Calypso Show, Training for Members of Small Units of the Caribbean Union of Teachers and In-Services training for Primary and Secondary School teachers.

As the current Speaker she brings determination, dedication, and strong leadership skills to the Montserrat Legislative Assembly.  She is keen on educating the public including the youth on the functions, processes and importance of Parliament.  This is clearly part of her mandate and is demonstrated through the monthly programme “The Speaker’s Chair”, along with publication of a children friendly newsletter for the schools and school visits.

Speaker White’s Motto is; “be the change you want to see in the world.” It is on this premise that she remains committed and enthusiastic about empowering individuals to take control of their destiny. 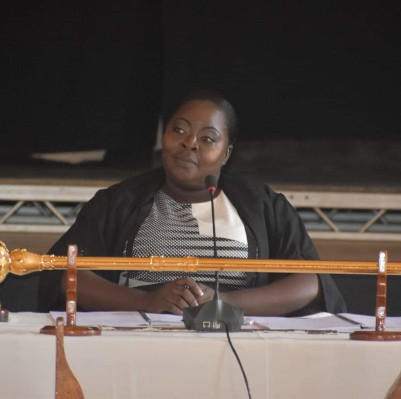 Role of the Speaker

Impartiality is a critical characteristic of the Speaker of the House and the Speaker demonstrates this by severing (active) links with the political party, as does the Speaker of the House of Commons. Although by dint of the fact that the majority of members in the House sit on the Government side, they carry the most sway, the Speaker was not appointed to rule on behalf of the Government.  The Speaker must not only be impartial but must be seen at all times to be so. The Speaker must be therefore be prepared to assert an independence from the Government and ensure that the rights of all sides of the House are protected in the course of the parliamentary process. The dictum, “The government will have its way, but the Opposition must have its say” has long been a very helpful good guide for Speakers and Presiding Officers.

The Speaker must act as a referee and rule according to the orders set out in the Standing Orders of the Montserrat Legislative Assembly.  Where this does not provide sufficient information, the Speaker looks to the Standing Orders of the House of Commons or some other Parliament in the Commonwealth. The Speaker is also called upon to rule on points of clarification from time to time. According to the Speaker of New Zealand, “The neutrality of the Speaker is pivotal in maintaining the integrity of Parliament. One of the hallmarks of good speakership is the requirement of impartiality in the execution of the duties of the office.”[1]  Another way of putting this is that the Speaker must be fair in his/her rulings. The Speaker never participates in debate in the House, and votes only when the there is a tie.  The Speaker may however, make occasional observations from the chair, as happens in the House of Commons.

The Speaker also exercises restraint in the speeches or comments he or she makes outside the House.  The Speaker must ensure that his/her behaviour within or outside the House does not in any way violate the dignity of the House. Members of the Parliament likewise are subject to this requirement and the Speaker has discretion to manage any violations within the guidelines of the Standing Orders.

At the start of each Sitting of the Legislative Assembly, the Speaker is announced by the Serjeant- at-Arms as “Mr. Speaker” or “Madam Speaker”, and the members stand in their places to acknowledge the entry of the Speaker. The Speaker also acknowledges the House, after prayer and just before taking his/her seat, with a slight bow, first to the Government side and then to the Opposition.The entrance of the Speaker at the start of each day’s sitting, preceded by the Serjeant- at-Arms bearing the Mace, is more than a ceremony. It is in fact tacit acknowledgement that the Speaker presides over the Legislative Assembly, is the highest authority in the Legislative Assembly and has the attendant rights to make rulings and exercise general control over the conduct of the House and its proceedings. Responsibility for maintaining order in the House lies with the Speaker.   The mace is the symbol of authority, within that setting, and the Parliament is not properly constituted without the presence of the mace on the Table.   When the Assembly resolves into a Committee of the Whole House, the Presiding Officer functions as Chairperson and the mace is lowered.  The mace is also borne before him/her when leaving the chamber.

Upholding the dignity of the House is critically important and Members have traditionally conducted themselves in a manner, deemed befitting of the House.  The conduct of Members is an important element of the dignity of the House, and their response to the authority of the Speaker who is responsible for general conduct in the House speaks volumes. Even when they disagreed with the Speaker, many of the venerable Members of the past sought to treat the Speaker with the utmost respect.  By convention and practice, if a member is on the floor and the Speaker intervenes, the member must sit. Additionally, the rules advise that when the Speaker/Presiding Officer rises, any member then speaking or wishing to speak shall immediately resume his/her seat and the Assembly shall be silent.

In a debate when the Speaker is talking, members are silent. All speeches are addressed to the chair. A member wishing to leave or enter the Chamber bows to the Speaker before so doing. The Members are accountable to the House at all times, and therefore, to the Speaker as the leader of that institution. Their conduct is governed by a code of conduct that is both written and tacit, a product of custom and practice, and by the reasonable expectations of human conduct. The Speaker has discretion to respond to violations occurring outside of the House under these rules and within the professional and/or personal relationship with an offending member

The Standing Orders of the House address the Speaker/Presiding Officer’s role in maintaining order in the House.  They specify that the Speaker’s decision upon any point of order shall not be open to appeal and shall not be reviewed by the Legislative Assembly, except upon a substantive motion made after notice.  In the House of Commons, reflections on the character or actions of the Speaker may be punished as breaches of privilege.  Actions of the Speaker cannot be criticised incidentally in debate or upon any form of proceeding except upon a substantive motion[2].  Reflections on the character of the Speaker or accusations of partiality in the discharge of their duties are prohibited and have attracted the penal powers of the Commons[3].

In the course of conducting his/her duties, the Speaker has to rule on a number of matters, including the admissibility of documents, notices of motions, questions and supplementary questions in the Legislative Assembly. He/she must also give consent prior to a personal explanation being given in the House.  The Speaker decides whether a matter is one of urgent public importance, that can be admitted to the day’s proceedings without the normal notice, which is generally required.  Matters to be brought to the attention of the Legislative Assembly, on the adjournment, must be approved by the Speaker.  He/she is also responsible for the scope and conduct of debate in the Legislative Assembly. Members indicate their interest in contributing to the debate by putting on their light, and the Speaker acknowledges them. The custom of “caching the eye of the Speaker allows the Speaker latitude in responding or not to interruptions or requests from the floor without the need for acknowledgment.

Points of order are directly linked to the Standing Orders and Members should be able to specify the particular point of order that they wish to have a ruling on. Should a closure motion be proposed, the Speaker decides whether it should be allowed.  Additionally, whenever a decision is required from the House, the Speaker puts the question. If there is a motion to suspend Standing Orders he/she decides whether it is in order, based on what is happening at the time.  In making the decision, the rights of the minority are always considered.  In general, the commencement, suspension and adjournment of the Legislative Assembly are within the remit of the Speaker.   He/she conducts proceedings and makes rulings related to quorum calls, amendments to motions before the House and such.  Ultimately, the Presiding Officer ensures that Members keep within the rules of the Houses as contained in the Standing Orders, as well as those presented by standard Parliamentary practice and precedent.

The Speaker is the sole public spokesperson for the Legislative Assembly and receives messages from the Head of State.  He/she is also responsible for granting permission for media attendance and reporting at sittings, overseeing the admission of the public to the House and its precincts and regulating the conduct of business in the House in all matters not covered by Standing Orders.

[1] Empowering Parliaments for the Enhancement of our Democracies – 14th Biennial Conference of Presiding Officers and Clerks. 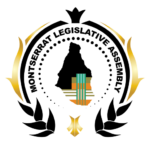